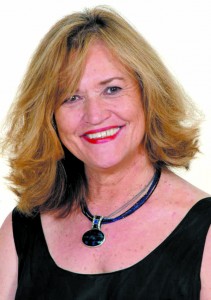 There is an emergency in Oakland. The policies that prevail in Oakland City Hall are going to drive most of us out of Oakland, unless we stand up.

The land, the resources, the tax money and the city staff time that belong to Oakland residents are being spent almost entirely on developments to house wealthy non-Oaklanders in buildings that none of our current residents can afford to live in.

The emergency is clear from a city report: “Oakland’s market rate rents are well above what is affordable to the typical Oakland renter.”

A majority, 60 percent, of Oakland residents are renters.

The city’s document goes further. The rental rate for a typical 2-bedroom apartment increased 40 percent in one year to $2,950.

A resident earning the Oakland minimum wage would have to work 185 hours a week to afford that apartment.

The actual rent that the typical Oakland resident can afford is $700 a month. There are no rentals in that price range.

The answers proposed by elected officials are ridiculously inadequate.

The city is now talking about maybe, possibly, building a small amount of affordable housing. It’s too little, too late.

Even if the city carried out any of the tiny number of affordable projects they have mentioned, by the time they are built, most of those individuals who need such housing would be gone from the city or joining the homeless on the street.

Meanwhile, the city is continuing to give public land that belongs to all of us to private developers to build even more units that none of us can afford to live in.

We are the city whose residents said we valued diversity more than anything else as the Continued from page 1 reason we live here.

And some of our residents, led by Alliance of California for Community Empowerment (ACCE) and Causa Justa: Just Cause, have bravely stopped people from being evicted from their homes.

Most recently, East Lake United for Justice stopped the City Council from giving away another prime piece of public land to wealthy, for-profit developers.

Time Magazine said we “stole Wall Street’s mojo” during the Occupy movement. Those of us who are not yet involved in the housing movement need to get our mojo back or we’ll all be driving in from Antioch for a nostalgic glimpse of our lake.

We need drastic action from the City Council to declare a state of emergency and a moratorium on evictions and rent increases, until city officials can work out exactly how they will correct the situation so that we are to be able to stay in our homes in our beautiful city.

For a copy of the City of Oakland report, “Citywide Rental Survey,” go to http:// www2.oaklandnet.com/oakca1/groups/ceda/documents/ report/oak056016.pdf

If you want to get involved, email housingmojo@gmail. com

Kitty Kelly Epstein is a professor and Oakland resident. She hosts Education Today on KPFA 94.1 and authored the book, “Organizing to Change a City” (2012), Peter Lang.